SAMMY THE JOURNEY is both an official selection of the Sedona International Film Festival and the kickoff to Festival Month!

Every now and then, we encounter an individual who will affect our lives profoundly and forever. This person is Sam Harris, the Sammy of the movie: SAMMY THE JOURNEY, produced by Eric Cosh and Ellen Palestrant.

This 90-minute documentary tells the story of one of the youngest survivors of the Holocaust who hid in two concentration camps from the ages of seven to nine-and-a-half, because, if found, he would have been killed. Despite enduring a childhood filled with cruelty, sadism and horror, Sam chose to lead a life of positivity, generosity and optimism. He did not focus on negativity and blame; instead, he turned towards the light and, as a result, he continues to brighten the lives of all in his presence. Whether you meet him in person or in this movie, he will impact your life forever.

How amazing that a person who had suffered so much could emerge as an inspirational role model with so much to offer the world  – someone from whom we all can learn!

Sam Harris not only survived but he thrived. Watching SAMMY THE JOURNEY is indeed a life-transforming experience – a journey into brightness for all…

The evening will also include a special concert by local musicians Lyra — Maryanne Kremer-Ames (who composed the theme music for the film) and Allen Ames. 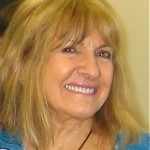 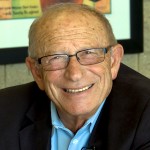 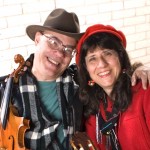 Producers Eric Cosh and Ellen Palestrant, Sam Harris (“Sammy”) and Maryanne Kremer-Ames and Allen Ames will appear on stage after the viewing of the movie.

Watch the SAMMY THE JOURNEY trailer.